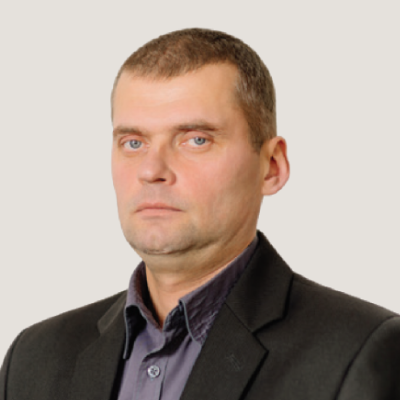 During its long history, Lomonosov Kyiv Chemical and Pharmaceutical Plant has been well known both in the USSR and abroad as a powerful manufacturer of raw materials for the pharmaceutical industry. Later, its successor (Farmak plant) has headed for the release of finished dosage forms (FDF) – the Company has started to launch new workshops, build modern powerful manufacturing lines. Subsequently, the question has arisen about the launch of additional production units. Moreover, it has been absolutely impractical for the chemical manufacturing facilities to continue operating in Podil due to the transformation of this neighbourhood from an industrial area into the historic centre of Kyiv.

In 2007, the Company’s Senior Management has started an active search for potential locations for own API manufacturing facilities. In particular, Rubizhne (Luhansk Region) and Kharkiv have been considered. However, the Company has opted for Shostka for several reasons: first, support at the level of regional and town senior management, second, a reasonable price for commercial real estate and land plot, and third, well-developed chemical industry in Shostka, in particular, there are specialized educational institutions that train subject-matter experts.

The project has resulted in the launch of API manufacturing facilities in Shostka 5 years after commencement of its implementation in April 2010. The investment has amounted to USD 39 million. By establishing a new division, Farmak has sought to ensure the compliance of manufacturing with the world’s highest pharmaceutical and environmental standards.

Farmak has got significant advantages of launching own API manufacturing facilities:

API Production Division constantly implement important programs aimed at improving the manufacturing stages, minimizing environmental damage. This year it has managed to launch the additional physical and chemical effluent treatment project, which will significantly improve the process of effluent filtration, as well as increase the volume of water filtration to the planned level (3 cub.m per hour).

In addition, a bioscrubber will be installed in order to remove the unpleasant odour near the treatment facilities because the existing treatment system is based on the use of carbon filters and is not efficient enough. The new system (there are none yet at the Company) will make it possible not only to minimize odour, but also to reuse sludge generated during water treatment (it has been taken to the landfill yet, resulting in additional waste accumulation).

Provision of raw materials to Farmak for uninterrupted manufacturing of medicinal products is one of the key and most important objectives of the Division. Today 20 names of own substances are manufactured in Shostka, including our brand names: Amizon, Antral, Corvalolum, Naphtizin, etc. The development of new substances is in the pipeline. The manufacturing of pilot batches for one of the Ukrainian companies will also start soon.

The Division considers the involvement of the European partners to implement the joint projects to be promising, although there are some obstacles that relate to both legislation and market peculiarities. The other objectives include: entering the market with own substances, launching contract manufacturing. In addition, the priorities for the next two years also include preparation for the FDA certification, which will make it possible to enter the U.S. pharmaceutical market. The Division has already undergone an external audit, the main areas of activities and objectives have been determined.