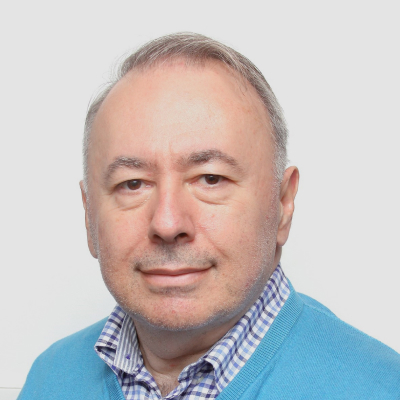 Viktor Mykhailovych, how long have you been working at Farmak? Please tell about your responsibilities as the Company’s Chief Scientific Advisor.

My professional career at Farmak began in 2002 when I was employed as Assistant Director General for Business Strategy; in 2003 I was appointed to the position of Medical Director, and in 2011 I became Chief Scientific Advisor. It was a great stroke of luck for me because Filya Ivanivna Zhebrovska showed extraordinary confidence and entrusted me to work on the development of the first generics and new molecules in the Company. Working closely with such true professionals as Oleh Syarkevych and Hryhorii Kostiuk (now members of the Supervisory Board of Farmak) was also a privilege. The scope of my responsibility as Chief Scientific Advisor primarily included the organization of turnkey research and development of new molecules: from synthesis of substances to licensing of finished medicinal product. Such innovative approach has been successfully applied for a long time in Western European and American companies, and I have had the opportunity to emulate it. I search for capable partners in reputable international institutions engaged in research at the global methodological level. I pay great attention to the development of the concept of scientific and clinical studies, taking into account the features of the investigational molecule, as well as the organization of the studies through outsourcing with the analysis of the results and assessment of patentability/publishability in reputable international publications. I was the Chief Specialist of Farmak during some studies.

Farmak is one of the few pharmaceutical companies that invest a lot of money in research and development. Please tell about the projects you participated in. At what implementation phases (stages) do you participate as a scientific advisor?

The joint international projects to develop a contrast agent for magnetic resonance imaging – gadopentetate dimeglumine, and a while later – gadoterate meglumine were launched in the mid-2000s under my leadership. They resulted in obtaining a trade license for both products in Germany, Austria and other EU member states.

In 2007, Farmak decided to launch non-clinical and clinical studies of FAV00A (enisamium iodide) that were harmonized with the requirements of GXP and ІСН. As a scientific supervisor of this project, I arranged the works on obtaining a highly purified α-crystalline form of enisamium iodide and developing a finished dosage form of 500 mg capsules (Amizon Max). Due to proper pharmacological, pharmacokinetic and toxicological studies, the regulatory agencies of Germany and Austria approved phase I of enisamium iodide clinical studies involving healthy volunteers. Following the positive results of these studies, in 2010 the regulatory authorities of the above countries, as well as Canada, approved phase II of FAV00A clinical studies involving patients with uncomplicated influenza, and in early 2011, the Company’s management decided to develop another enisamium salt (enisamium chloride). At the same time, I organized the process of obtaining enisamium chloride (FAV00B) in the laboratory as part of the project.

The Company’s management subsequently made certain management decisions: Andriy Goy, Technical Director of Farmak, was appointed as head of FAV00B project, and I was offered the position of Chief Scientific Advisor of Farmak. I faced an urgent question: how to convey the results of scientific research into clinical trials and how to build bridges between academic and applied science and manufacturing. The consultative format of international non-clinical and clinical development of original molecules in accordance with ІСН standards was used to develop a broad-spectrum antiviral agent that inhibits the replication of influenza A and B, α- and β-coronavirus (including SARS-CoV-2), respiratory syncytial virus; as well as a hepatotropic agent that prevents the development of liver fibrosis in non-alcoholic steatohepatitis, etc.

What scientific institutions and laboratories does Farmak cooperate with in the research and development of medicinal products?

The non-clinical and clinical studies with my participation were primarily conducted in well-known research institutions in Austria, the UK, the Netherlands, Germany, the USA, Hungary, France, the Czech Republic and Switzerland.

It is known that Amizon (enisamium iodide) which is sold in 11 countries may be used for the treatment of influenza and ARVI. Please tell how it was developed. What was your involvement in the development of this medicine? Recently, public attention has been focused on such medicines because of their ability to counteract COVID-19. There is a publication on the Company’s website that phase III of Amizon clinical trials has started in Ukraine. What are the results of the previous two phases?

The original medicinal product under the trade name Amizon became available for patients in 1997. It is an original chemical compound that refers to derivatives of isonicotinic acid. This compound was developed by scientists of the state institution “Institute of Pharmacology and Toxicology of the Academy of Medical Sciences of Ukraine” and was introduced at the manufacturing facilities of Farmak. At that time, the drug was classified as a non-narcotic analgesic, since the antiviral properties were not yet known. However, enisamium iodide began to be widely used in clinical practice as a symptomatic agent for acute respiratory viral infections (ARVI). Scientists paid attention to its high clinical efficiency in ARVI, which showed itself in decrease in severity of symptoms and shortened course of disease, as well as a significant reduction in the frequency of complications such as sinusitis, otitis media, pneumonia.

It was difficult to explain this effect by anti-inflammatory properties only. Corresponding member of the NAS and NAMS of Ukraine, RAMS Arkadii Frolov first suggested that Amizon may have an antiviral effect. Later, the EU and the US conducted non-clinical and clinical studies of enisamium iodide in terms of evidence-based medicine. Moreover, a placebo-controlled clinical trial of enisamium iodide was organized by Farmak specialists in the Smorodintsev Research Institute of influenza (Saint Petersburg, Russia) (I did not personally participate in this study). The results of the studies demonstrated a high anti-influenza activity of the drug and a good safety profile.

Currently, phase III of the multicenter, randomized, double-blind, placebo-controlled Amizon trial in patients with COVID-19 is being conducted in Ukraine with the participation of international companies. It is too early to talk about the results, as the study has only recently begun.

The School of Young Scientists, founded by Filya Zhebrovska, helps to raise scientific awareness and provides an opportunity to exchange ideas and experience. What projects of the participants do you remember and what ones did especially impress you as a visitor and attendee of the conference? Do you perhaps know what new developments and research Farmak will introduce to the participants of conference this yea?

Unfortunately, I had almost no opportunity to attend the conferences of young scientists held by the Company. In 2006, Filya Ivanivna, as a true visionary, instructed me to find greats among the representatives of the younger generation who could become the future R&D core of the Company. So, under her patronage I took an active part in the creation and development of the Farmak School of Young Scientists, which became an effective platform for the exchange of new ideas, achievements, questions and even problems between specialists of the R&D Department.

In 2013, the School held the first conference of Farmak young scientists, since then, it has been held annually, and over time, scientists and students of higher educational institutions of Ukraine began to join it. In 2019, the VII annual scientific and practical conference of the Farmak School of Young Scientists with international participation “Science and modern pharmaceutical manufacturing” was held, where 14 scientists from Austria, the UK, Italy, the USA, Hungary and Ukraine and young scientists from the Company and universities of Ukraine took part. Undoubtedly, the exchange of opinions promotes mutual understanding between professionals and beginners in academic and industrial science, improving their practical interaction. Although the School of Young Scientists was founded on an informal basis, it has grown significantly since then. In my opinion, its work should be formalized and continue in the future due to the efforts and resources of the Farmak personnel service as an intermediary in providing the Company with highly qualified personnel.