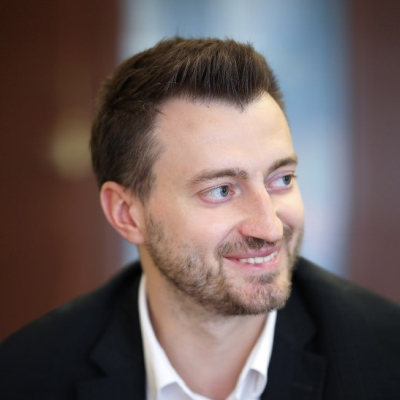 Science should be in the orbit of state interests

The pharmaceutical industry is becoming a driver of scientific development in the world. The pharmaceutical industry and biotechnology remain the most high-tech industries in the world in terms of absolute and relative costs. They account for 70% of all investments in medicine – more than USD 1 trillion. A huge part of this money is used for scientific development. For example, Farmak annually invests approximately USD 15 million in scientific development. We employ 150 researchers, including 40 candidates of sciences and 5 doctors of sciences. Due to such powerful scientific potential we may release about 20 new medicinal products annually. Today, we have about 100 multi-component effective medicinal products in development. Our mission is to make the treatment with modern and effective medicinal products possible. However, to accomplish this mission is impossible without science and innovation. Therefore, we focus on modern achievements in science, advanced technologies and innovative equipment because our leadership is the result of the trust of millions of Ukrainians and citizens of other countries. It is worth noting that JSC Farmak has been a leader in the Ukrainian pharmaceutical market since 2010 and the largest exporter of medicinal products. We fully understand our responsibilities and are inspired to improve ourselves for the benefit of human health.

Last year, in October, at a business conference, I made a presentation dedicated to innovations in the pharmaceutical industry and said something of the kind: “The race for survival has already begun, and you have to bet on yours. To invest in the development of science and industry of Ukraine is primarily for your and our benefit, and for our children’s benefit.” We realized the extent to which this phrase turned out to be prophetic after half a year, when the humanity faced a pandemic: closed borders, broken families, hundreds of thousands of dead, vaccine anticipation. The solution is absent… It has become clear on a sudden to everyone that medicine and the pharmaceutical industry are strategic areas for any country.

Pandemic has proved once again that science should be in the orbit of state interests. The researchers in the world today bear the mission – to find a vaccine against the deadly virus. No matter who will develop the vaccine – Ukrainians, Americans, British, Australians. The whole world will be grateful to them. As far as Ukraine is concerned, our prominent researchers today make great scientific progress in different fields. They have achievements in astrophysics, neurophysiology, neurobiology, genetics, cell biology and many other fields. Having published the book “So much for the science” devoted to the 95th anniversary of Farmak, we tried to popularize science for all Ukrainians and especially for young people, who choose their own path, in order to show that one can be a success in their country as some business is interested in the development of Ukrainian scientific potential. Together we have a chance to shape the future in which Ukraine can become global R&D hub. The scientific potential of Ukraine is huge. The Ukrainian scientists work on the Hadron Collider, develop matrix polymers, explore neural connections, space weather… The development of the scientific potential in Ukraine should become a strategic objective for the government. What is required is state support, the system of grants, the ecosystem for the science development. The draft State Budget of Ukraine for 2020 estimates the expenditures on scientific and scientific-technical activities at approximately 0.24% of GDP, while in European countries 2% of GDP is spent on the development of science. According to the National Science Foundation, Ukraine ranks 42nd among the countries of the world by indicator “Research and Development”. However, there are evidently some positive developments. One of examples is the participation in Horizon 2020 program. Starting from 2014 until now, following 446 competitions for 117 Ukrainian organizations participating in Horizon 2020 program, the funding has been allocated totalling EUR 17.2 million for 90 projects, 9 of which are coordinated by Ukrainian organizations. Farmak has also become a participant of this program, having won two grants from the European project of basic research totalling more than EUR 500 thousand.