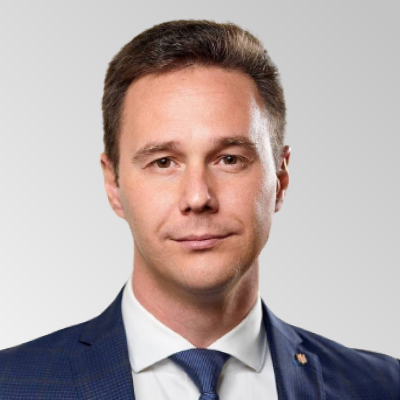 In which markets of the CIS countries does the Company operate, and do you plan to enter new ones?

Our Directorate is responsible for Uzbekistan, Kazakhstan, Belarus, Kyrgyzstan, Turkmenistan, Tajikistan, Moldova, Georgia, Azerbaijan and Armenia. JSC Farmak has its representative offices in the first four countries, and it is represented through partner companies and distributors in the other ones. In 2021, we plan to enter the Georgian market with our own promotional team, as we want to be able to directly participate in the formation of demand for the Company’s products. In 2022, a similar market entry is planned in Azerbaijan.

Over the last year, the sales structure has changed significantly. Due to the introduction of emergency situation regimes, national lockdowns, the conversion of some medical institutions into clinics specialized in treatment of COVID-19 and other restrictive measures, patients’ access to clinics has been limited. Getting planned health care has been difficult, and sometimes even impossible. This immediately affected the demand and consumption of prescription medicines, especially those prescribed only in hospitals. Especially significant decrease was observed in sales of injectable forms of medicines. At the same time, sales of the so-called anti-COVID-19 group, which includes some of Farmak’s medicines, increased. For example, worldwide sales of anticoagulants have increased manifold (including low-molecular-weight heparin derivatives, which include our brand Flenox). These medicines prevent thrombosis during treatment of moderate and mild cases. They are included in the clinical protocols of the United States and China, as well as many local clinical protocols. In addition to Flenox, these protocols include antiviral and immunomodulatory medicines, such as Interferon, manufactured by JSC Farmak. They also include Farmak products such as Dexamethasone, a corticosteroid hormone used for treatment of severe patients on ventilation, and cardiac medicines Atorvacor and Cardisave. It is also worth mentioning our antiviral medicine Amizon, which after obtaining positive results in the suppression of viral RNA in in vitro cell culture is now undergoing a double-blind, placebo-controlled clinical trial in Ukraine. Doctors are familiar with the medicine and have long used it to treat ARVI, so it has become widely used during the pandemic. Increased demand for these medicines partially compensated a significant decline in other positions, while manufacturing capacity allowed the Company to flexibly respond to changes in consumption patterns and provide the market with the products it needed most.

What is the share of the CIS countries in the Company’s sales? In which country they are the largest ones?

It is pleasant to note that the share of the CIS region in total sales increased from 16.7% in 2019 to 19.4% in the first 9 months of 2020. Uzbekistan is our largest and most successful market, which accounts for more than half of the region’s sales. It is followed by Kazakhstan, Belarus and Kyrgyzstan.

Our share ranges from a record 2.8% in Uzbekistan to a modest 0.5% in Kazakhstan, potential of which our Company is still discovering.

What are the sales targets in the CIS region?

The planning horizon in Farmak is 7-10 years. This year, a strategic development model until 2027 was approved. By this time, the CIS region is expected to double. This is a rather ambitious task that we plan to cope with. The example of Ukraine, where the Company has a market share of about 6%, shows that we have room for development of our countries. Therefore, the challenge is accepted!

How has the situation in the CIS markets changed with the beginning of the coronavirus epidemic?

Comparing the situation with Ukraine, I can say that our quarantine was the least strict. A curfew was imposed in the CIS countries, and the free movement of vehicles and pedestrians was restricted. In many countries, it was impossible to even leave the house without a good reason, and the distance from the house was strictly controlled. While a state of emergency was imposed in Ukraine, much stricter emergency situation regime was declared (and is still in effect) in the CIS. The military blocked roads and surrounded entire neighbourhoods where the disease was detected. At the moment, the situation has improved, it is partly possible to contact doctors, and some clinics have resumed the planned visits. However, the situation can quickly change for the worse, if the dynamics of disease heat up. We monitor the situation, keep our fingers crossed and look forward to the vaccine.

What medicines are sold by the Company in the CIS?

Main nomenclature of medicines coincides with the Ukrainian one. Farmak is well represented in such socially critical segments as endocrinology, cardiology, gastroenterology, neurology. The Company’s portfolio includes the widest range of medicines for the treatment of colds and viral diseases, our contrast agents are widely used to improve imaging during diagnostic procedures, and anaesthetics are the part of the anaesthesiologists’ toolkit.

Which new medicines were delivered to the CIS countries this year, and which ones do you plan to launch?

We are currently actively working to expand our product portfolio in Georgia, where we plan to start active promotional activity in 2021. Important registrations this year include obtaining a marketing authorisation for the anaesthetic Diprofol in Belarus and Kazakhstan, as well as expanding the anti-cold portfolio in all countries. Market launch of the medicine during a pandemic is not an easy task because of significantly complicated communication with doctors and patients. We hope that next year will be a crucial point in the fight against coronavirus, and we will be able to get back on track.

How is the product promoted in the CIS countries?

The Company’s promotion activities are strictly limited by local legislation, as well as international requirements for ethical promotion both in Ukraine and in the CIS countries. Over-the-counter medicines are advertised in the media (television, radio, print media), and we use outdoor advertising, which during the epidemic is increasingly inferior to online advertising, promotion in search engines, social networks and search query optimization. We prefer to conduct scientific and educational activities for healthcare professionals in medical promotion. There are constant changes in this area, which are quite difficult to track for a clinician who is all about paperwork. We try to familiarize our partner doctors with all the latest and modern approaches to patient management. Specialist development is Farmak’s long-term strategy.

What differences do you observe between CIS and Ukrainian markets? In particular, differences related to consumer habits of the population?

All markets are very similar to each other due to the common past. The main differences are on the mental level. Despite the digitalization and the transition of large events to online mode, many still prefer traditional educational events where people can communicate with the speaker and with each other personally. Regarding consumer habits, it should be noted that in the Central Asian countries, where meat and fatty foods are much more popular than in Ukraine, our brand Picolax for treatment of constipation is in high demand. However, young people are increasingly obsessed with trends for a healthy lifestyle, therefore, with the generational change, the differences between countries will increasingly disappear.

How much these markets differ?

Irrespective of cultural features, the same rules of development apply to everyone. Some markets grow faster, some a bit slower. Some of them are more regulated. For example, to create a flyer in Kazakhstan, it must be approved by a special government agency that monitors compliance of all advertising messages with the instructions. In addition, there is a law in Kazakhstan that prohibits individual visits to doctors, contacts with them are limited to group scientific sessions. Therefore, we focus our attention on participation in such seminars, congresses and conferences. In other respects, the methods and approaches to work in different countries are quite similar.

What challenges does the Company face when working in the CIS countries?

They can be divided into two categories. The first is the economic difficulties, which include lobbying the local manufacturer (in the form of a price advantage or a ban on participation in the tender if there is a local product), budget cutting for the medicines procurement, price registration and price peg to local currencies, which are prone to devaluation. The second group refers to the need to reform the post-Soviet health care system in which doctors are overwhelmed by paperwork and there is no systematic work to improve the level of knowledge among doctors. We try to make our fair share of contribution in overcoming the last point.

When does the Company plan to launch a plant in the Tashkent Pharma Park pharmaceutical cluster in Uzbekistan?

The project to build a plant for the manufacturing of solid dosage forms, which will be able to manufacture socially important medicines for Uzbekistan in full compliance with Farmak’s high quality standards, is fully ready. Its implementation is planned for several years, and the plant launch is scheduled for 2024. Unfortunately, due to the pandemic, many issues are resolved much slower than we expected, but we are consistently moving towards this important project for the Company.

Does Farmak plan to build manufacturing facilities in other CIS countries?

The answer is no to date, but the Company is developing so dynamically that I would not be surprised if the answer to this question will be different next year.

Last year, Kazakhstan included Farmak’s Amizon in its flu and ARVI treatment protocols. How did this affect its sales?

Due to the pandemic, sales of Amizon have increased not only in Kazakhstan but also in all CIS countries, so it is difficult to separate the positive effect of its inclusion in the protocols from the general increase in demand. We look forward to the results of a clinical study that will allow changing the instructions for the medicine and, hopefully, significantly expanding the scope of its use.