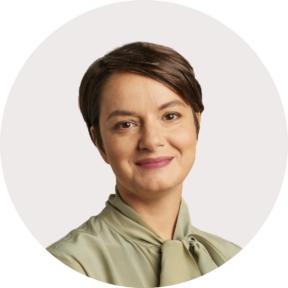 According to the State Fiscal Service of Ukraine, the amount of taxes paid by Farmak JSC totaled UAH 248.269 million, allowing it to rank 99th in the general rating. In 2017, Farmak paid UAH 526.5 million of taxes to the state budget and thus was the only company in the industry that became one of the 100 largest taxpayers in the country.

If a company does not pay taxes and works off the books, it means only one thing: its business is illegal. This is true for all countries. One of the US presidents wrote that only two things were inevitable: death and taxes, and he said this in the 18th century. Now, it is 2018 already, but tax evasion is still widespread. Paying taxes is not a feat; it is a repeatable routine and duty of every company. Taxes are the main source of the country’s budget revenues and thus the source of its development. We all want to live in a rich and prosperous country, so let’s contribute to its prosperity by paying taxes, declaring incomes, living by the rules. Today, we talk a lot about patriotism. In my opinion, paying taxes is also patriotism: one makes real contribution to filling the country’s treasury, thus making it richer.

One can debate a lot about what businesses receive from the state; whether taxes in our country are fair. In any country, there is criticism of the existing system, problems of tax evasion, but both companies and citizens pay taxes; this is just a sign of strong tax culture and civil society.

Transformation of the society, business, and the state is a pressing need. Everyone should change, trust should be built, otherwise we will never be able to live in a rich and modern Ukraine. Too bad that in 2018 we are still discussing such basic issues as availability of reliable financial reporting and payment of taxes. It should have already worked in our country and be a mandatory condition for the existence of any company.

Our company’s work does not depend on shadow business. Being a responsible taxpayer, we strive to work with just as honest companies. To that end, we implement the relevant procedures for selecting counterparties, such as bidding.

As regards changes in the attitude of fiscal authorities towards business in general and large taxpayers in particular, we can observe certain positive changes, for instance, the creation of the Office of Large Taxpayers of the State Fiscal Service employing specialists well aware of the specifics of large enterprises. There are fewer visits of SFS employees; many documents can be submitted for verification electronically. The quality of the SFS’ analytical function is also improving: we feel that the quality of requests for information is raising; we see that the SFS carefully analyzes our activities as a taxpayer. We are ready to respond to such requests. However, unfortunately, sometimes we also face such rudiments as requests for prepayment of taxes or finding out where our supplier’s vendor purchased goods on the third level of the supply chain.

In general, we can observe the trend to decreasing number of claims and inspections of business by tax agents. At the same time, as I have already mentioned, the number of “information inquiries”, etc. is growing; the quality of requests is generally proper, so we see the SFS’ analytical and service work.

“WE ALL WANT TO LIVE IN A RICH AND PROSPEROUS COUNTRY, SO LET’S CONTRIBUTE TO ITS PROSPERITY BY PAYING TAXES, DECLARING INCOMES, LIVING BY THE RULES”

So, what changes does the tax legislation require from the point of view of business in general or work of the pharmaceutical industry? The answer is not ingenious: simplifying taxation rules, decreasing the number of small taxes, improving tax administration. The simpler the rule of tax estimation, the more correct it will be calculated and paid. The priority should be not the competition in the number of fines and penalties, but achieving payment by all businesses without violations. The simpler and easier the tax administration process, the more inspection resources can be released. The country’s main trouble is that business is in shadow. Fiscal authorities should have data about such companies, so there is a lot to work at. It would be pleasant if the main focus was on companies evading taxes, rather than on lengthy inspections of scrupulous and responsible taxpayers.

I would like both the executives and ordinary staff of the SFS recall Margaret Thatcher’s words: “There is no such thing as public money; there is only taxpayers’ money”. Of course, the rules of the game, charging of taxes must be controlled, but the attitude towards the “clean” business must be respectful. To my mind, it is even easier to exercise control in a modern and intelligent way. There are currently many discussions about the SFS’ service function and I fully support this: the number of paper reports, personal visits should be reduced. The principle of content prevailing over form should be applied by the fiscal authorities as well.

Farmak honestly pays taxes and has received its 4th award as the responsible taxpayer. Naturally, we ensure careful and diligent tax administration. As regards systematic issues that must be addressed at the legislative level, I would like to mention the presence of Uzbekistan in the list of low tax jurisdictions. Uzbekistan is a complicated jurisdiction, but we still export our products to non-related entities and receive currency revenues, pay taxes and create jobs in Ukraine. At the same time, Uzbek companies do not publish reports and do not include them in publicly accessible databases, which creates certain difficulties in the preparation of transfer pricing documentation for these transactions. I believe that in transactions with non-related entities in similar jurisdictions of the former USSR, the rules of transfer pricing only burden the administration of taxes.