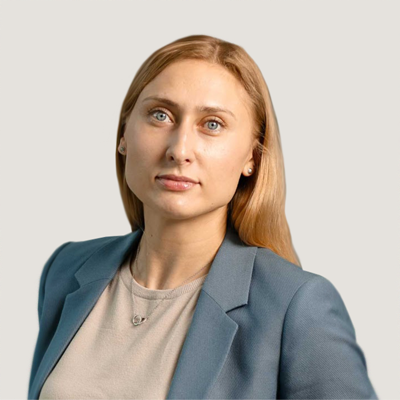 Three reasons for lack of trust in Ukrainian pharmaceutical manufacturer

What is meant here is not only supply of own medicines, but also contract manufacturing for well-known European companies. For example, Germans order the production of medicines from Ukrainian companies, which they subsequently sell in their market and export to other countries.

That is, the Ukrainian medicines are trusted by the countries with the strictest regulation as opposed to Ukrainians who cast doubt on them.

So why the national manufacturer lacks trust in Ukraine?

The opinion that everything that is foreign is better than domestic goes back to Soviet times. It has been passed down through generations. During the planned economy period, Western countries adhered to the principles of a market economy, which meant more variety of goods, better quality control and other elements of competition for consumers. When the USSR collapsed, our people, firstly, were already convinced that everything produced abroad was better; and secondly, domestic manufacturers were not ready to compete on equal footing.

International companies that entered the Ukrainian market in the early 1990s were familiar with advertising and marketing. And they used the media space more effectively.

But if the Ukrainian pharmaceutical companies had not made efforts and developed, they would have disappeared from the market long ago. However, they have not disappeared and successfully operate in foreign markets.

The Ukrainian pharmaceutical industry leaders export medicines to developed international markets, including the United States, the EU, the CIS and Asia, and have a number of EU-registered medicinal products. For instance, the EU countries purchase certain medicinal products from the Ukrainian manufacturers for the treatment of COVID-19 patients even without registration and a complete dossier. Because they trust in our quality.

That is, the opinion that foreign medicines are better than Ukrainian ones is a stereotype that contradicts the reality.

Reason No. 2: lack of government focus on the development of own scientific and manufacturing potential

The Japanese government decision that the country needed its own automotive industry resulted in transformation of the factory producing automatic looms, through the numerous financial failures and design defeats, into a giant company that offers drivers all over the world “to drive a dream”.

The role of the Japanese government in this metamorphosis cannot be overestimated. While Toyota was still producing sewing equipment, Japan already had offices and manufacturing sites of popular car brands. Toyota lost again and again, recalled products from export markets, and the government continued financing and stimulating the company’s development. Because it believed.

But it seems that the Ukrainian government does not believe in the domestic pharmaceutical industry (it seemed even until recently that the government was fighting against the industry): no tax incentives, protection of investment in R&D, lack of financing for development of fundamental science and research, etc., as opposed to the civilized world which has been adhering to different policy for many years.

Corporate income tax or personal income tax or single social security tax allowances are the most common among the indirect state financing instruments. These incentives are non-discriminatory and motivate businesses to invest in R&D, exempting risky investments in innovation from taxation.

Why so? Because the issue of public health is a matter of national security. And it is illogical to make the national security issue directly dependant on foreign manufacturers. In fact, the global crisis associated with the pandemic has shown that the closure of borders, disruptions in the supply of medicines and substances, restrictions on export of medicines by countries are not a hypothetical, but an absolutely real scenario. It is worth thinking about.

In the context of the economic crisis and the state budget deficit, tax incentives are the only possible indirect financing instruments in Ukraine to date. But they are needed by Ukrainian pharmaceutical industry and by Ukrainian consumer, for whom this will be a clear signal from the government: domestic medicines are of good quality, we believe in the potential and will develop our own industry and products.

Reason No. 3: lack of “one voice” in the industry

All these 144 companies compete with the world’s giants, with a “powerful” postulate behind them: “Foreign is better!”. If considering the resources, it is obviously similar to David’s fight with Goliath.

And to maintain a market share, a significant percentage of the communication budget is spent on marketing needs. There is no time to communicate and to deal with the reputation of the “Ukrainian pharmaceutical industry” category. Allegedly, if we do not sell another 100,500 packs, there will be nothing to communicate about. That’s a typical situation.

So what is the way out?

There is only one way out. These are systematic, balanced, responsible communications: