Corvalol: 60 years on the market. How to protect a brand and not become a precedent for unfair competitors’ profit

When buying Corvalol, consumers mean a drug under the brand of Farmak, which has been produced at the plant since 1959. This conclusion was made by International Marketing Group during its study of the level of consumer awareness of the drug marked “CORVALOL”. Most of the respondents surveyed noted that the drug called “Corvalol” is associated with the products by Farmak JSC.

Corvalol was developed and produced in 1959 by scientists of M.V. Lomonosov Kyiv Chemical Pharmaceutical Plant, which became Farmak JSC as its legal successor in 1991.

Since 1991, Farmak has been the only manufacturer of Corvalol in the post-Soviet space. In 1996, the company received a certificate of the trademark for Corvalol. This means that only Farmak has the right to produce the drug under the brand name of Corvalol in Ukraine and abroad.

TM Corvalol is protected in 15 countries in Europe and Central Asia: Germany, Poland, Lithuania, Latvia, Belarus, Moldova, Romania, Bulgaria, Turkmenistan, Armenia, Georgia, Azerbaijan, Tajikistan, Kyrgyzstan, and Kazakhstan. The use of the trade mark Corvalol Corvalolum is confirmed by the packages for the period of 1991 to 2002 inclusive.

However, there are manufacturers in the pharmaceutical industry that have decided to use the well-known brand name of Corvalol to label their own drugs.

“This is a manifestation of unfair competition. We are talking about using the brand name of Corvalol, which gives huge advantages to other manufacturers who don’t want to invest in quality and efficiency of their drugs for decades but wish to immediately obtain and use the same brand name to have non-competitive advantages in the market. Farmak JSC stands for civilized competition and protects its rights to the well-known brand name of Corvalol Corvalolum. We protect our right specifically to the trade designation. That is, we are not talking about a monopoly on the drug itself. After all, the drug itself and all its components are not protected with a patent. Moreover, it is not protected in Ukraine from the point of view of intellectual property. It can be produced by any manufacturer that will prove its quality and effectiveness and undergo all the necessary licensing procedures, but under a different brand name, under its own brand name,” Head of JSC Farmak’s Legal Department Dmitry Taranchuk noted.

Due to the market appearance of a drug with the same brand name misleading the consumers, unscrupulous competitors have captured approximately 50% of the market of Farmak, which has been producing Corvalol since 1959. For example, in 2017, the volume of retail sales of Corvalol produced by PrJSC “Pharmaceutical Firm “Darnitsa” amounted to UAH 43 million. For comparison, in 2017, Farmak JSC sold products for UAH 44 million.

“To promote the brand name of Corvalol, Farmak has been investing considerable efforts and resources for decades. At the same time, we are now faced with the competitor’s Corvalol, and we would like all market participants to understand that this is a violation of the law. It’s much easier to bring a product with a well-known name to the market, even if you insert your company’s name into the brand name expecting consumers not to understand the difference. We launch about 20 drugs per year, these are generics. We understand what the brand development stands for. Creating your brand on the basis of someone else’s brand is much cheaper and easier because consumers already have a clear association with the molecule. In addition, consumers do not always understand the difference between products, production technologies, the quality of raw materials, and the level of quality control. For example, USD 14 million was spent on upgrading the line manufacturing Corvalol,” Marketing and Sales Director of Farmak JSC Susana Khalilova said.

Director of International Marketing Group Dmitry Rodenko commented on the results of the research, “After the research, we came to the conclusion that consumers are being misled by substitution for the drug looking like a drug produced by a well-known brand. A case of Corvalol could become a precedent for the development of unfair competition in Ukraine. Such precedent may adversely affect the development of the country.”

Farmak is confident that such a situation could become a precedent for the development of unfair competition in Ukraine, which will significantly pull the country back and slow down Ukraine’s integration into the European community.

During 2018, the volume of foreign investment in Ukraine decreased by USD 200 million. The lack of transparent rules of competition in the Ukrainian market will lead to an outflow of foreign capital, a closure of domestic companies, and an increase in migration. According to official data, 3.2 million people work on a permanent basis outside Ukraine. About 7 to 9 million people work there temporarily. 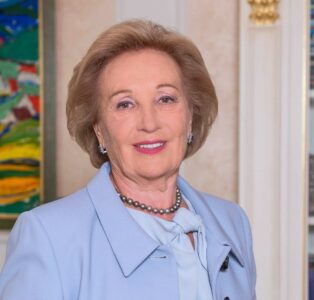 The authoritative Forbes publication included Farmak Supervisory Board Chairman Filya Zhebrovska in its global “50 Over 50” list: EMEA 2022. The businesswoman was joined by actress Judi Dench, designer Donatella Versace, president of the European Central Bank Christine Lagarde and other prominent figures. However, Filya Zhebrovska is the only Ukrainian woman... 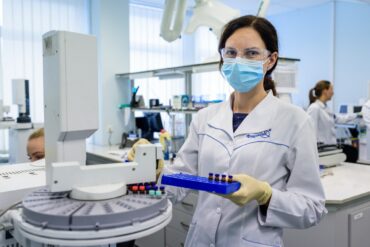 Farmak is among Ukraine’s best employers according to F...

Farmak, along with JTI, SoftServe, Fozzy Group and others, has been included in the list of 50 best employers of Ukraine compiled by the authoritative Forbes magazine and the Work.ua job search website. The companies have been evaluated by the jury according to 23 indicators falling under the following 8 criteria: Reputation and loyalty – the willingness of ...

Farmak’s Director for Corporate Communications is among...

Yevheniia Piddubna, Director for Corporate Communications of Farmak, was included in the list of the country’s best GR* managers compiled by the prestigious magazine “TOP-100. Ratings of the Largest”. GR specialists should primarily focus on establishing communication between business and the authorities for the joint and mutually beneficial development of t...