Farmak JSC and Ukrainian Football Association of Medical Doctors (UFAM) signed the Memorandum on cooperation in order to consolidate partnerships relations in 2019.

Farmak continues to promote a healthy and active lifestyle. In this important matter, the Company has been united with sports doctors of Ukraine for the second year in a row. 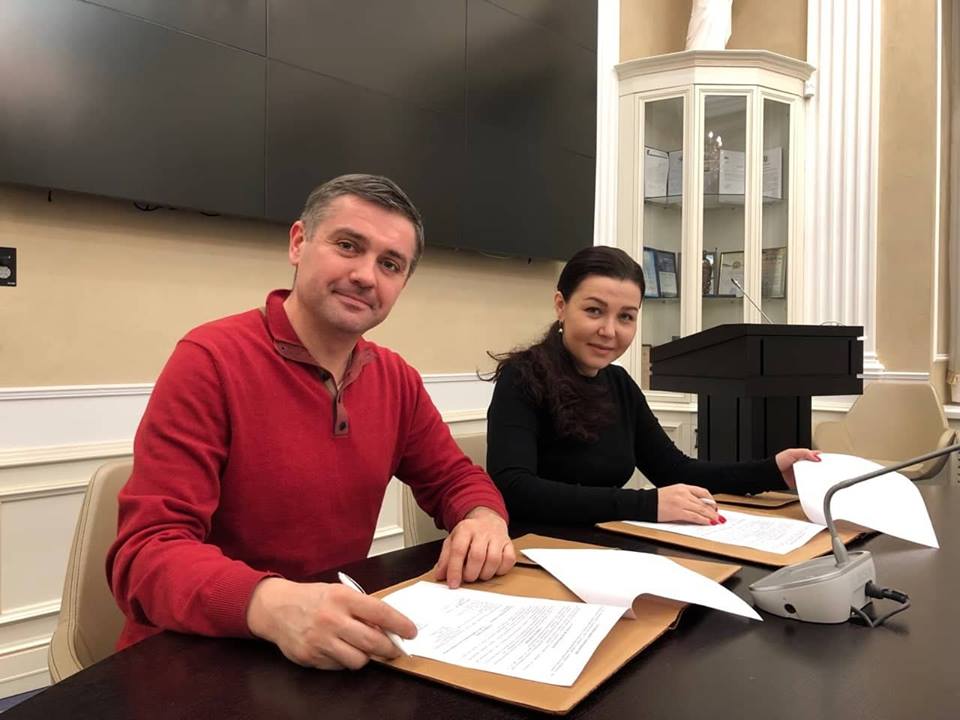 “Propaganda of a healthy lifestyle is a part of the Company’s sustainable development. Moreover, the formation of healthy society is a strategic goal of the social projects implemented by Farmak. Collaboration with UFAM helps to convey to the public that health is a personal choice of everyone. We, as a pharmaceutical company, work with the consequences producing modern, high-quality and effective medicinal products for Ukraine and over 20 countries of Europe and the CIS. We and UFAM have a common desire to make people healthier, to encourage them to have a healthy lifestyle culture. We strive to show that sport is an excellent prevention of many diseases. “I am sure that by combining our efforts we will cope with our task,” said Susana Khalilova, Marketing and Sales Director of Farmak JSC.

“Our association is growing every year. It  has already involved over 600 doctors from different regions of the country. New branches are being opened, and not only experienced medical specialists but also younger generation of doctors continue to join our ranks. We are all united in the desire to do our favourite football thing, have companionship, and of course, support physical health. It is a great pleasure that for the second year in a row, the leader of the pharmaceutical market Farmak becomes our partner and reliable supporter in organizing sports events. Our common goal is to show Ukrainians by our example how important it is to use our life potential wisely and to take care of our physical and psycho-emotional state timely. So here we are like-minded and it is inspiring. Farmak is an example of a socially responsible business in Ukraine. We continue our way with a reliable partner in the chosen direction, ” commented Oleksandr Balytskyi, Chairman of the Ukrainian Football Association of Medical Doctors.

The 6th Ukrainian Futsal Championship among physicians took place this weekend in Lutsk with the support of Farmak JSC.

More than 400 physicians from 15 regions of the country determined the strongest medical team in futsal.

After 2 days of intense and persistent struggle, Ivano-Frankivsk teams ranked 1st and 2nd, while the team from Lviv took the honorary 3rd place.

We remind that Farmak is the general partner of the Ukrainian Football Association of Physicians and advocates healthy and active lifestyle together with physicians from the entire Ukraine. It should be noted that the Futsal Championship is a landmark sportsUkrainian event among medical staff and one of the important stages in the preparation of the Ukrainian team of physicians for the Physicians World Cup to take place in Cancun (Mexico) in summer 2019. 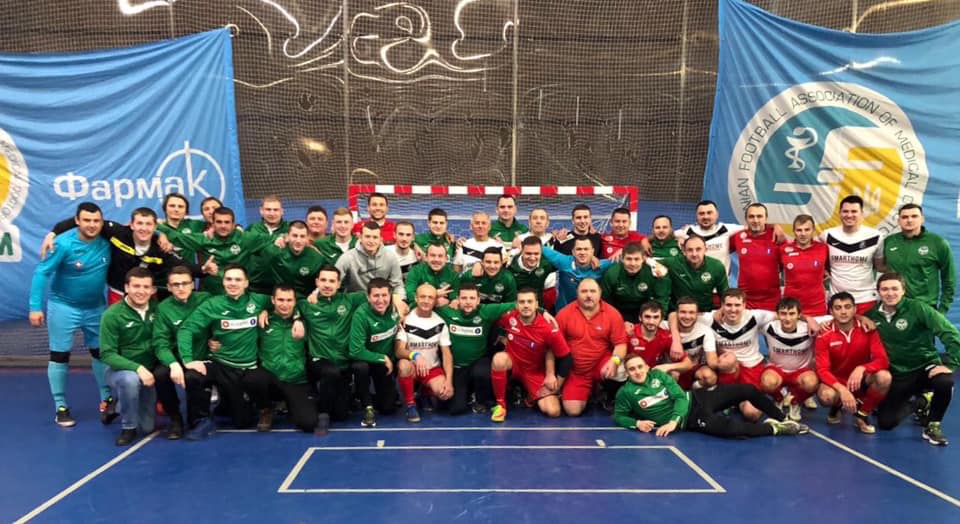 It’s motivating to see that doctors prove that at the heart of good health lies sport. The Ukrainian Football Association of Medical doctors is a young and dynamic movement, uniting more than 400 doctors of various specialties from all over Ukraine on common base of football and medicine.

Within the framework of the organization’s activities, which are tournaments, futsal and street football championships, they are held on a regular basis in different regions of the country. Also, the Ukrainian team annually takes part in the world football championship among doctors of 20 teams from all around the world. In 2017, the Ukrainian team of doctors won the silver cup at the World Championship Morell Cup 2017 in Leogang (Austria), and in 2018 – representatives of the 45+ team became absolute champions at the Championship in Prague (Czech Republic).

In 2017, JSC Farmak and UFAM signed a Memorandum on consolidation of their partnership on the organization of sports events and related informational support.

Farmak became the general partner of the Ukrainian Football Association of Medical doctors and continues to broadcast the philosophy of a quality and healthy lifestyle in Ukraine and across borders.